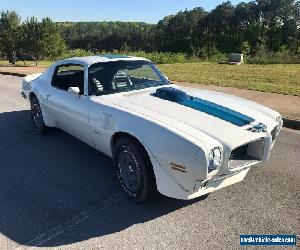 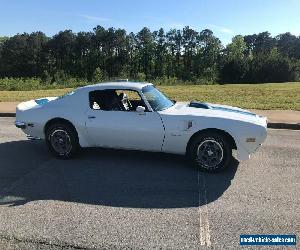 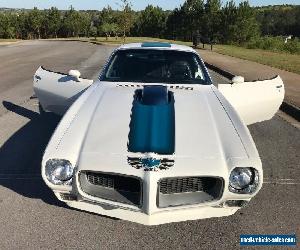 Trans Am Prices are going through the roof! (See Hagerty Valuation in Photos)Don't miss this rare opportunity to be driving this 1972 Trans Am equipped withits 455 HO Engine and 4-Speed M22 Rock Crusher Manual Transmission.Buy it well below market value. (won't be available long)This beautiful Trans AM is of only 458 4-Speed's producedin 1972. This PHS Documented Trans Am maintains is NUMBERS MATCHINGDRIVETRAIN with SERVICE REPLACEMENT BLOCK and M22 ROCK CRUSHER SPEED (SERIAL# STAMP) 7F6 HEADS (Rebuilt but not in Car) ORIGINAL CARBURATOR AND INTAKE Interior was replaced by Current owner. Due to 1972 UAW strike, at which GM was the target,Firebird and Trans Am production was devastated. All told only 1286 Trans Am's were completed V(828automatics, 458 4-speeds). At the plant, over 2,100 Firebird and Camaro models were invarious stages of assembly when the strike ended, but as these cars would notmeet the new 1973 Federal standards, these cars were all scrapped! The 1972 Trans Am production would hold the distinction ofbeing the second lowest in history. A new cylinder head rested atop the 4-bolt block, this had anew casting number of 7F6 and was only used in 1972 and had special combustionchambers. The good part about these new heads is that they still usedthe horsepower producing oval ports and the accompanying large 2.11 intake and1.77 inch exhaust valves found in big inch Pontiac high performance engines of thepast. The 068 camshaft was back for another run in the TA, and thelift remained at .408/.406 inches for intake and exhaust. As in 1971, there was only one engine available in the TransAm and it was subject to same hand selection of components in order to make theengines as close to the tolerances laid out in the blueprints. This engine could be mated to pair of transmissions, theinfamous M22 Rock Crusher Muncie 4-speed close ratio manual transmission or thesturdy 3-speed Turbo Hydramatic 400 automatic transmission. This was the 1st year for the honeycomb grille, and the lastyear of functional shaker hood. The colors once again remained limited to Cameo White withblue stripes or Lucerne Blue topped with white stripe. Lucerne Blue would have its swan song in 1972 as bluewould not return to the Trans Am line up until 1974. The racing' stripes thatwere first introduced in '69 also made their last appearance in 1972 and noTrans Am would be striped as such until the 15th anniversary T/A in 1984.Come to Georgia to see it yourself or have your independentinspector tell you it's worth more than the asking price.For More Information Call 315-558-8365 and leave message..

Comments and questions to the seller: